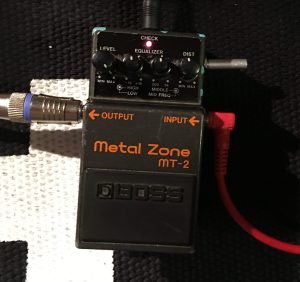 Ah, this infamous Metal Zone! The pedal everyone loves to hate.

As much as everyone bad-talks the Metal Zone, it probably has one of the most sophisticated EQ sections of any Boss pedal – probably why it’s so easy to get a shitty sound, which it has (unfairly) become famous for.

My good mate Bob asked me if it’s possible to mod his MT2 to be more suitable for bass guitar. I did some research and came up with two ideas: one to smooth out the EQ and remove some top-end fizz, and one to blend the clean signal with the distorted one.

To smooth the EQ and remove the top end fizz, I did the following:

Here is a quick demo on bass guitar. Bypassed, then Stock, and then Modded.

I’ll record some better quality ones later – and some on guitar too.

As you can tell, there is a massive difference.

The next thing was the “blend” control. With some help from the guys at DIY Stompboxes, I ended up with this:

C1 is 10uF, and the pot is 50k. Here’s where it got tricky. There’s not much spare space inside the Metal Zone, so getting the extra pot to fit was a challenge. After drilling holes and hacksawing the enclosure, it all squeezed in.

So now it has a glorious knob sticking out of the side like a bolt on Frankenstein’s neck. 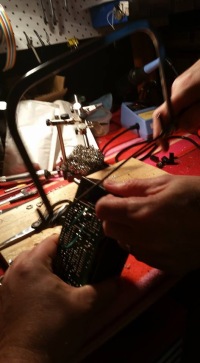 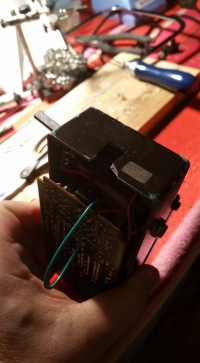 I believe these mods have improved the pedal a great deal. With smoother, less harsh EQ it’s even possible to get some nice blues tones with the gain down low. The blend knob works great, and will be awesome on bass.

If you want a really good technical explanation of the MT2, check out http://electricdruid.net/boss-mt-2-metal-zone-pedal-analysis/

For reference, here is the schematic and board layout:

A mate recently dropped this off for me to look at. It just wouldn’t work.

When I cracked it open I soon spotted the problem. A resistor has blown up, leaving black residue everywhere, and crumbling apart when touched.

I jumped online and tracked down the schematic to work out the value. It’s the first component the +9v hits, so my guess is that more than 9v was accedently used, causing it to blow. 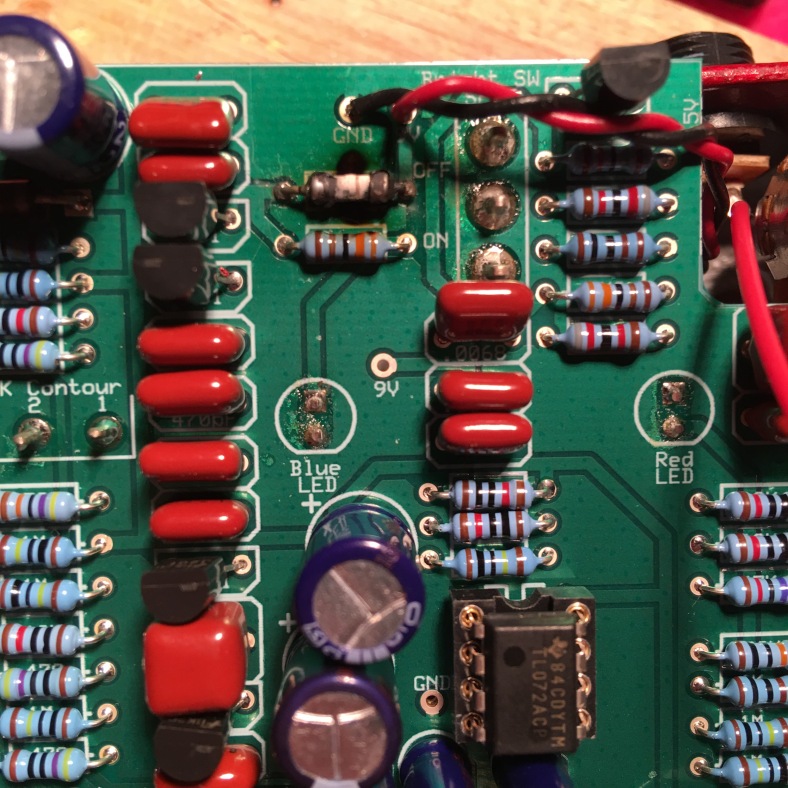 I put in a new 10r resistor, and it came back to life. 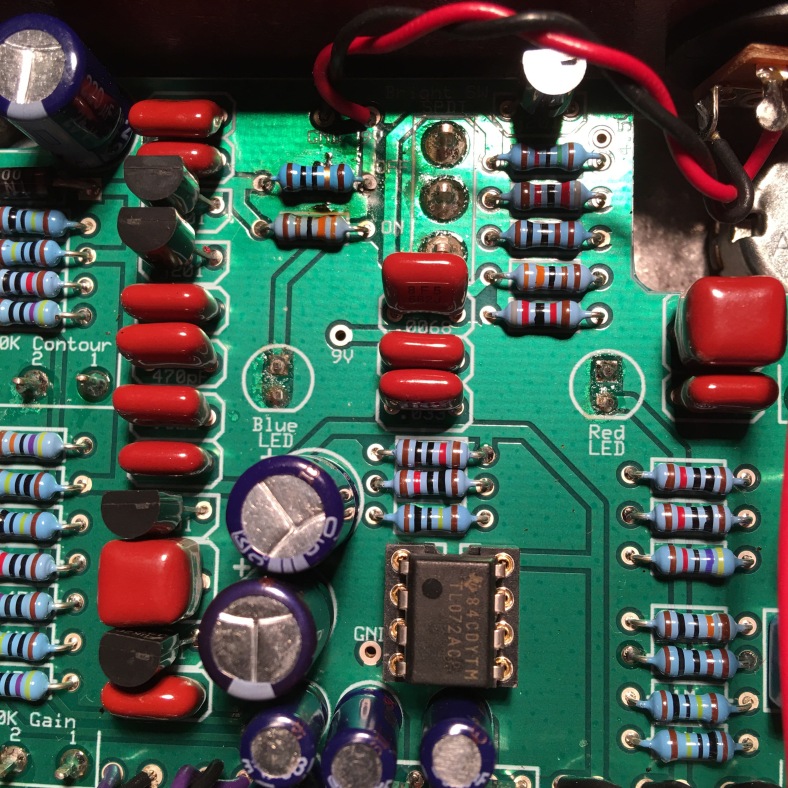 The “Dallas Rangemaster Treble Booster” is one of those early classic effects you hear about. It was first made in 1966, and rumour has it that it was used by Clapton to help get his ‘Woman Tone’.

I’ve never used one before, but while browsing Sabrotone, I found a layout for it and thought I’d give it a go.

It’s described as a treble booster, but not in the way I though – it doesn’t simply roll off the bass to make the treble seem louder, like most treble boosters. Here’s how Kenny Rardin from Premier Guitar explained it:

“It is basically a frequency selective boost. The higher frequency you put in, the more dB’s of boost you get. It certainly does get brighter, but not in the typical way. When played through an amp that is overdriving the lowend remains tight, but the higher you go, the sustain and gain is increased.”

I think in the 60s, a lot of dudes were using big dark sounding amps combined with Les Pauls with humbuckers, so this effect was designed to help higher notes cut through and not get buried in the mix.

When I finished the build and jamming with it, I noticed that the treble boost wasn’t really that prominent. It did add some sort of ‘sparkle’ to the sound, but it didn’t seem like it was boosting the top end that much. That’s until I ran a buffer before it – holy crap – it’s like a whole new effect! Way more top end boost. I like the way it sounds both ways – it would nearly be worth putting a switchable buffer in with it just to get both sounds from it. It’s not a clean boost either, it fuzzes up slightly, which is really nice.

I know that lots of transistor based fuzz pedals hate being after a buffer, but this thing loves it. I used a 25k pot, and the transistor is a 2N5088, but I’ve been told a OC140 might be best.

I’m glad I built this one, it might find a place on my board – either as an ‘always-on’ bit of sparkle, or as a tasty boost for leads. 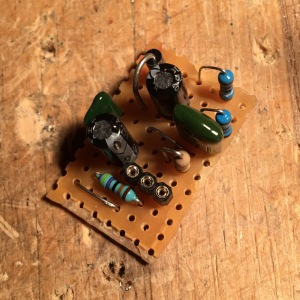